Connor Johst was part of the team that created RoomReader in Fall 2020. His group won Third Place and the Audience Choice Award at HUBBUB #3. He took the time to chat with Adele, our Project Lead, to share about his experience.

Could you tell me a bit about yourself?

My background is actually in culinary. That was what I was doing before I landed at Capilano University. I was a sous-chef, and I was on the track to be a head chef of a Brown’s Social House. Then I had a change of heart, and I decided to apply to university. I just picked engineering on a whim, I didn’t really think it would be this hard [laughs]. I ended up doing pretty well in school, so I figured I might as well stick with it.

That is surprising! When you chose engineering, did you know what kind of work you wanted to do in the future?

Well, at the time, I had no real idea, to be honest. But I’ve decided I want to go into computer and hardware engineering, and just work on my computer programming skills and learn a little bit more about the hardware side. Because I found that really compelling in this project. I thought that was probably the most enjoyable part of my semester last year.

What were you asked to do for CityStudio?

This project landed in our lap as part of one of our required courses. I actually had a really good time doing it. It expanded my skill set a little bit in terms of programming and just learning the necessary engineering skills. We were given a choice of three different design projects and I thought this one was the most interesting. We had to basically create a way to track people entering and exiting a public space; in this case, it was the North Vancouver City Library.

The solution we came up with was a little bit inventive because we had some budget limitations. We decided to use sonar detectors because they were very cheap. And I wasn’t about to go out of pocket on school assignments! I think if we were to redo the project or further refine it, we would ask for a bigger budget and use maybe a different technology. But I think we did really well with what we were given. Just being able to implement not only the working website to view the data in real time, but also get pretty accurate data off just a very small device. It’s 10 centimeters by 4 centimeters by 5 centimeters. Not exactly a bulky thing!

How would you describe RoomReader to someone who has never heard of it?

It is a way to track people entering and exiting a room while anonymizing their data and not identifying them in any way. Being able to upscale it to multiple rooms in a space was another important aspect of the design. Probably the third most important aspect was being able to transmit all the data wirelessly off the device to a centralized server or some kind of website so that it can be viewed by the staff in real time. They can use this data to help with scheduling their employees: what are the hotspots, at what times in the day. Also just in general to ease in setting occupancy limits in certain rooms; obviously in the context of the COVID pandemic that was more important. Hopefully, that won’t be as important in the future.

How does it work?

We used sonar detectors: it bounces sound off the wall or any kind of surface near it, and if you were to walk in front of the detector, it would change the amount of time the sound takes to travel to and from sensor and would read that as being somebody passing by. We used two sensors –a left sensor and a right sensor to detect the order in which they pass to count it as an entrance or exit. It’s basically the man behind the curtain [laughs].

How did it differ from other projects you have completed so far?

Well, this was definitely the only design project I’ve ever done. A lot of the group projects that we’ve done in the past have revolved around a lab setting where you’re trying to prove something or collect data and confirm a hypothesis. They weren’t so much about “come up with an idea, come up with a way to do it.”

What was the most challenging part of this project experience?

The most challenging part was definitely testing the device. It was very hard to because there were certain tests that I needed to do, there were certain tests that Duncan needed to do, and we only had one prototype. I had to get it to him, he would have to get it back to me…And I pulled a couple all-nighters fine tuning the sensor placement and things like that. It was eye opening as to how much effort actually goes into even a basic concept like this and getting it right. It gives me a lot of respect for the innovators of things like cell phones. The amount of testing that would go into something like that it would be insane.

What was the best part?

In terms of the highlight, I think just having it all come together and be able to get into the HUBBUB contest was amazing. It was fun just talking to all the judges and seeing what everybody else had been working on. I really enjoyed getting at least a podium finish and the Audience Choice Award was really nice, and it felt like it validated all the work we did. We met with all the judges; we didn’t actually know they were the judges when they came around, I’m not sure if that was intentional [laughs]. They all had some pretty big questions.

Yeah that was tough; I was sweating after that. [laughs] We didn’t have so many visitors, but I think the visitors that did come by stayed and engaged with us for quite some time. I noticed some groups had like 20 visitors at a time, and then we had like maybe five, and I was like “oh no!” But I think I think the deliverables we put up actually did a pretty good job of explaining what we were doing.

What do you think CityStudio could do to make the experience more enriching or more impactful as a participant?

I think just getting more classes involved. I don’t see many classes at CapU, that couldn’t do something like this. Maybe a math class…but other than that I think for every class there would be value added to the students and value added to the contest, kind of like a two-way street. Scaling up a little bit would be great.  Mikale and Wai-Lin were awesome; they answered all our emails within a day. I have nothing bad to say about the experience. They made it really easy on us, anytime we needed a measurement or any kind of documentation they had it for us, so I think they were just about as excited about the project as we were.

What advice would you give to those students who are interested in pursuing a CityStudio project or who are embarking on one this term?

Not every decision you make is going to make everybody happy. You have to please your clients, the CityStudio people, and then you need to also please the professor who’s grading your assignment. At the end of the day, we’re here in school to get a good grade so maybe you’ve got to prioritize the professor a little bit more in the criteria for the project. Basically, you’re not going to make everyone happy, so you have to cut your losses at some point and say “Okay, this is how we’re doing it because we don’t have the time to do it a certain way.”

Working with Wai-Lin and Mikale was very interesting because I don’t think even they had the same expectations, so it really made me think about how are we going to approach presenting this thing to them. We always wanted to frame what we were doing in a positive light, as opposed to saying ‘we can’t do this,” we would say “our alternative is this.”

Is there anything else you would like to add?

I just think this should be every semester with the engineering class. I can’t imagine having this class and not do something like this. Overall this was a really awesome experience. And I was excited to get all the attention that we got with the President’s Letter. That was nice!

Connor is planning to finish his Engineering Degree at the University of British Columbia, and we wish him all the best in the continuation of his studies! Connor’s CityStudio experience was the result of a collaboration between Mikale Fenton and Wai-Lin Chee (North Vancouver City Library), and Banda Logawa, Engineering Instructor at Capilano University. Learn more about his group’s project here. 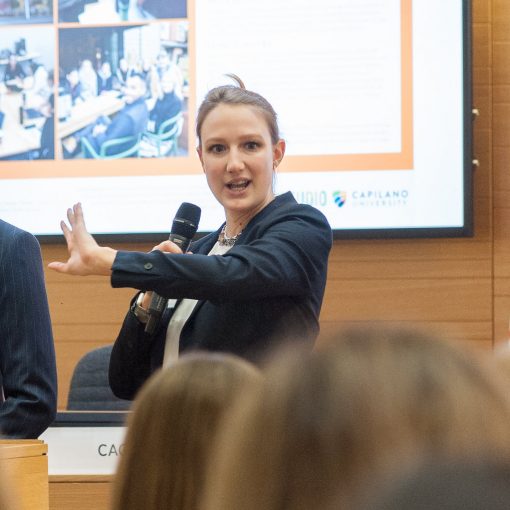 As someone who already studied in several countries, I can say that CityStudio North Vancouver creates a very unique experience for students […] 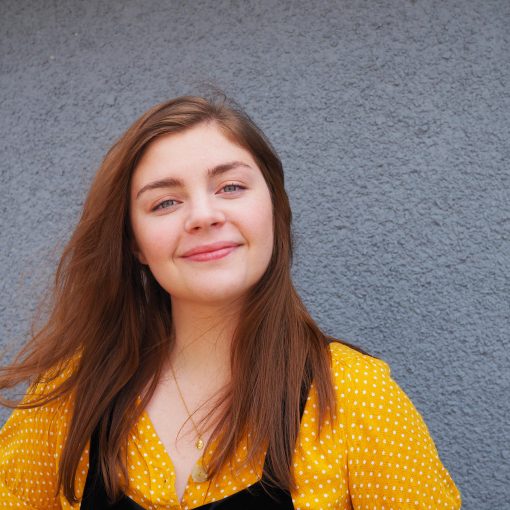 Aliz Revoczi was part of the team that created proposed the QR Codes for Pubic Art project in Spring 2020. Her group […] 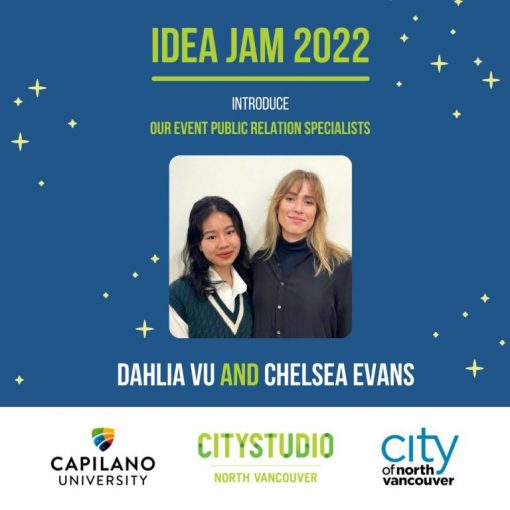 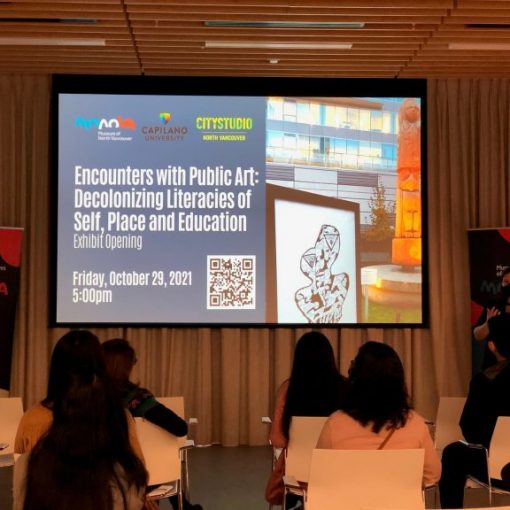 “What is your connection to this place and its history?” “How does who you are affect how you experience the world around […]